Gary Komarin: Paintings and Works on Paper at Madelyn Jordon, through June 20th


Get out your calendars and let the summer scheduling begin!  Starting with an excursion to Scarsdale to see Gary Komarin: Paintings and Works on Paper at Madelyn Jordon Fine Art.  A picture perfect confection, Ms Jordon serves up the best of summer's sybaritic splendors styled in Komarin's "provisional painting": sugary-sweet wedding cakes and lazy idylls at the beach. 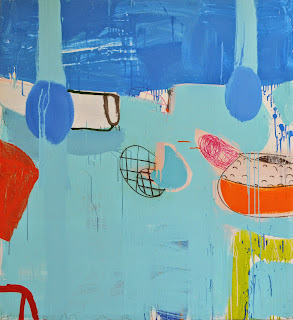 Or the call of a transatlantic exploration: Paris when it sizzles in hot pulsating reds, pinks, orange and yellow. 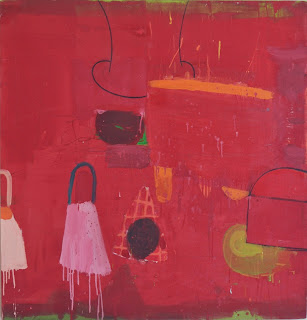 Gary Komarin, a native New Yorker, studied with Philip Guston at Boston University in the 1970s. His work harks back to Guston's lyrical colors during his AbEx period - all in an artistic personality of his own.  For, Komarin renders in thick, hefty lines the joys and quirks of modern living now and many years ago. 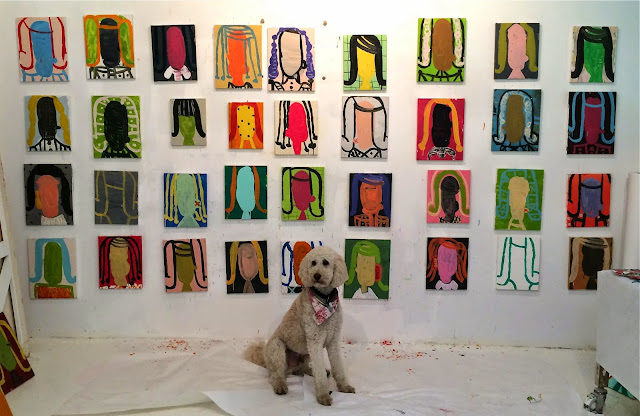 (Madelyn Jordon Fine Art can be found within walking distance from Scarsdale Station, Harlem Line, Metro North.  Just aim for the delicious Martine's bakery across the street, turn right toward Popham Road and then turn left on Popham.  The gallery is about 2  minutes away, unless you stop at Martine's for their incomparable pastries.)

Posted by nyarts-exchange at 6:21 AM