Happy Thanksgiving and Happy 15th Birthday to Us! 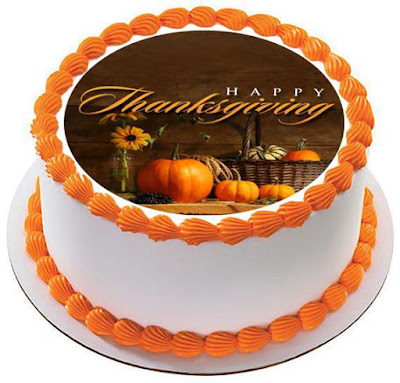 Happy Thanksgiving to you and your family -

celebrating 15 years of gratitude for YOU! 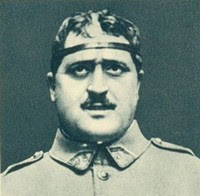 Guillaume Apollinaire in uniform during WWI

During this Veterans' Day Weekend when we remember the end of World War I, my thoughts turn to the poet/art critic/playwright/novelist Guillaume Apollinaire, who died two days before the armistice was signed, a victim of the Spanish Flu and his weakened state, having survived serious injuries in battle. The University of Turin organized a symposium "The Metamorphoses of Apollinaire" this past October 22 and 23 in order to mark the 100th anniversary of his passing. 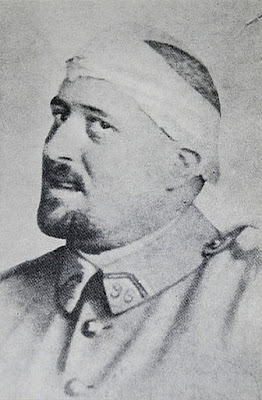 Born Guglielmo Alberto Wladimiro Alessandro Apollinare de Kostrowitzky or Wilhelm Albert Włodzimierz Apolinary Kostrowicki in Rome on August 26, 1880 to Polish noblewoman Angelika Kostrowicki, Guillaume Apollinaire (as of 1899) chose French citizenship and enlisted in the army upon the outbreak of "The Great War" in August 1914 to defend his adoptive country. His story is available in my review of the exhibition Apollinaire: The Vision of a Poet, which took place at the Musée de l'Orangerie in 2016. 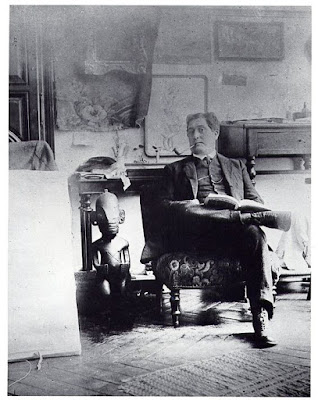 While leafing through a collection of Apollinaire's poems recently given to me by my dear friend, the poet Ann Cefola, I found a haunting opening line that seemed appropriate for this remembrance of Apollinaire and his fellow soldiers, lost to us 100 years ago: 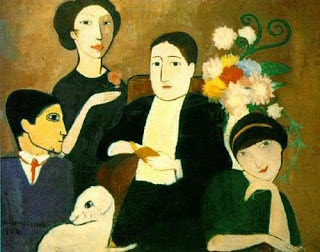 Marie Laurencin, Apollinaire and his Friends, 1908

Apollinaire wrote this plea while sitting in his prison cell, having been arrested on September 7, 1911. The French authorities believed he had something to do with the Mona Lisa theft on August 21, 1911.  At the time, he had no idea when he would see the light of day again.  Fortunately, he endured incarceration for about a week or so.  However, today, the poems composed in La Santé during this terrifying confinement seem all the more tragic in light of his early death at 38.  It was a tremendous loss for the arts and literature, for the poet had reached the pinnacle of his creative powers.

We salute you, Guillaume Apollinaire, and we remember you and your fellow soldiers (plus nurses, doctors and other wartime professionals who lost their lives in battle) this Veterans' Day Weekend and for many centuries to come.

Posted by nyarts-exchange at 1:06 PM No comments: