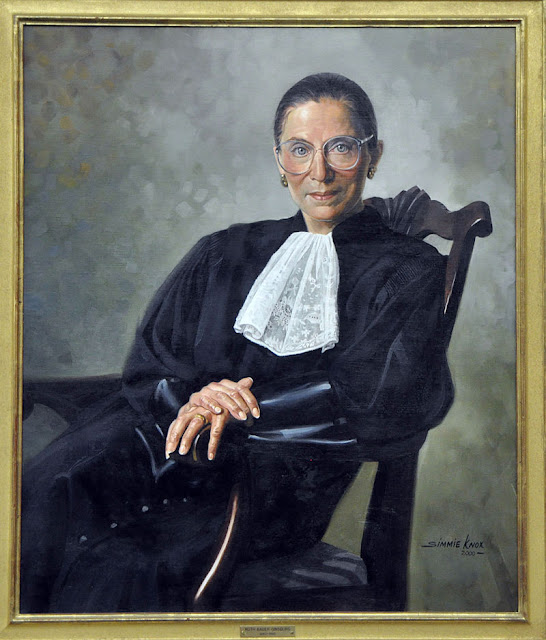 Simmie Knox, Supreme Court Justice Ruth Bader Ginsburg, 2000
Thank you for your wisdom, your courage
and your numerous contributions -
May your memory be for a blessing
Posted by nyarts-exchange at 10:15 PM No comments: 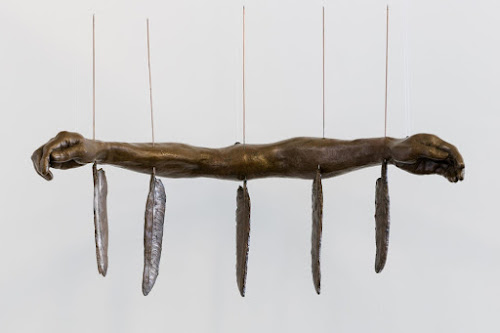 “The idea of flight relates to my use of pilots and planes, but it also references… the idea of being lifted up, enraptured, or taken up to a safe place–to a better world.” 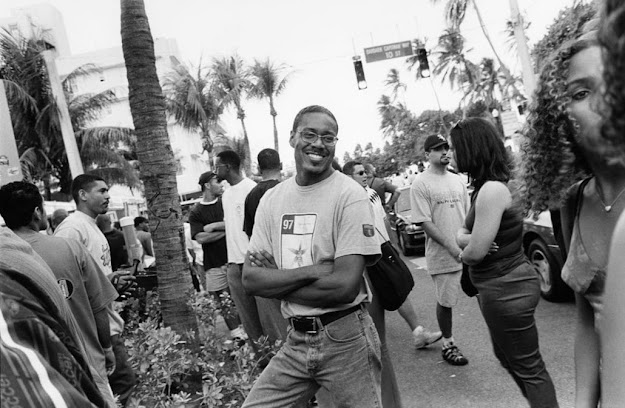 Michael R. Richards in Miami, 1999
On September 11, we remember the vibrant Michael Richards, whose career was certainly on the ascendant when planes attacked the World Trade Center, killing him in the studio of the Lower Manhattan Cultural Council on the 92nd floor of the North Tower. Thousands perished on that day and subsequently from health-related conditions caused by spending time at the site, cleaning up or living in the area.  The devastation of this heinous act goes well beyond the recorded and unrecorded. We are still processing the moment and the aftermath. 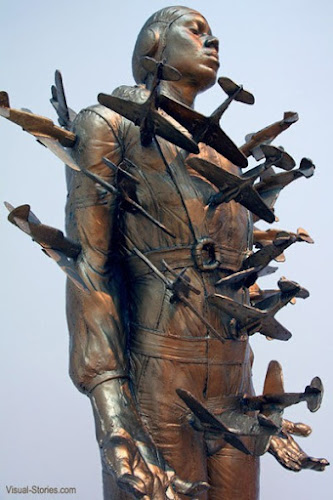 We are also still processing the loss of Michael Richards, especially at a time when his work is more relevant than ever.  We see the model Mustang planes piercing his sculpted body in a Tuskegee Airman's pilot suit and think "how prescient!"  The miniature planes remind us of the attack from the massive passenger jets piercing the WTC Twin Towers on that sunny morning in 2001.

Michael R. Richards, Are You Down?, Franconia Sculpture Park, created in 2000, installed in 2012
Today, nineteen years later, Michael Richards' work seems more relevant to the Black Lives Matter moment, because he work always addressed BLM issues: Black aspirations met with systemic racism that weighed down upward mobility. In Winged (1999) we see black arms fringed in feathers, spread out like Christ on the Cross, reminding us of persecution and the desire to transcend the daily grind of microagressions.
Richards said that his work“allows for an examination of the psychic conflict which results from the desire to both belong to and resist a society which denies blackness even as it affirms. In attempting to make this pain and alienation concrete, I use my body, the primary locus of experience, as a die from which to make casts. These function as surrogates, and as an entry into the work.”
From this statement, we can continue to believe that Michael Richards still lives among us, in these personal effigies that speak more powerfully and poignantly in our current political climate. 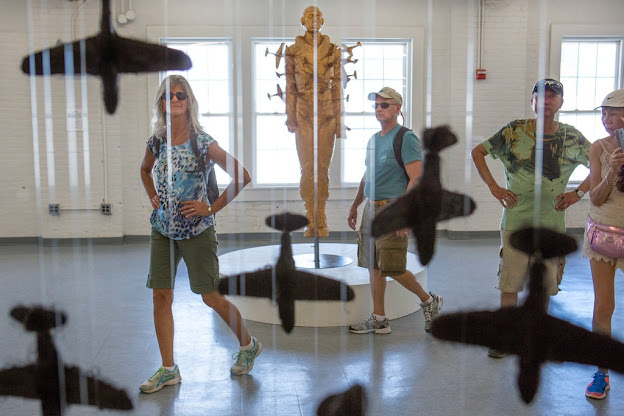 Michael Richards: Winged, a retrospective exhibition  on Governors Island, Summer 2016
The Michael Richards Grant to support a Miami-Dade artist was established by Oolite Arts a few years ago.  For more information click on to this link.  For more information about Oolite (formerly known as the ArtCenter/South Florida), click on to the link here:
Today we remember Michael Rolando Richards.  May his memory be for a blessing.
The New York Arts Exchange

Posted by nyarts-exchange at 8:17 PM No comments:

Vincent van Gogh, Tree Roots, 1890
Dear friends of the New York Arts Exchange,
September is here with the promise of refreshing autumn breezes. And yet, confusion still reigns over the New York area as we continue to grapple with the Covid-19 pandemic.  Whom do we trust?  Where should we go without concern for our health?  Should I make an appointment with a museum or wait a bit until the museums test their new procedures?
I prefer prudence and will continue to Zoom my classes at Mercy College and at other venues this fall.
Here is Beth's Fall Schedule on Zoom.  Click on the titles to find the website and register with the specific organization.
Wednesday, September 23rd at 7 pm: "Vincent van Gogh's Auvers Period: Considering the Latest Revelations."  Hosted on Zoom by the Greenwich Arts Council
Free for Members of GAC; $15 for non-members.  Register through the GAC
Tuesday, October 13th at 10 am: "Three Important Contemporary Black Artists: Kara Walker, Kehinde Wiley and Yinka Shonibare."  Hosted by Learning in Retirement.
Fee: $5.  Register through LIR.
Wednesday, October 21st at 7 pm: "Recycled and Refashioned: The Art of Ruby Silvious." Hosted by the Greenwich Arts Coucil.  This is an interview with Ruby Silvious with plenty of time for a Q and A.  Mark your calendars - not to be missed!
Free to member of the GAC. $15 for non-members.  Register through the GAC
Thursday, November 12th at 7 pm: "Andy Warhol and the Pop Revolution." Hosted by Byram Shubert Library, Greenwich, CT.  Free.  Register through BSL. 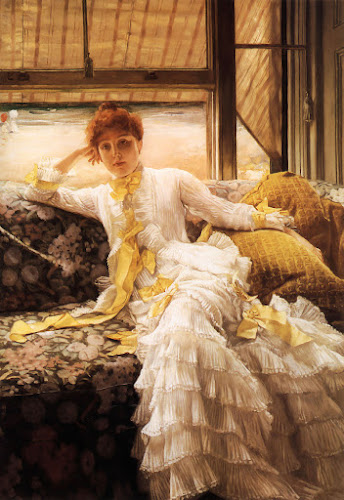 James Tissot, Seaside (Portrait of Kathleen Kelly NewtonP, 1878
People often ask: What are you up to these days?  Well, I am ashamed to admit, I didn't "Marie Kondo-ize" my house, as I promised myself back in March  Instead I wrote articles on art, because this is my #1 passion.  Here are a few examples on the New York Arts Exchange blog: Lester Rapaport, Fereshteh Priou, Chizuru Morii Kaplan, and Ruby Silvious. 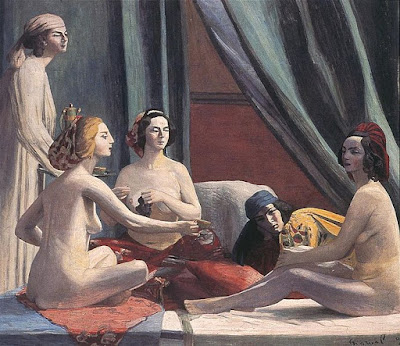