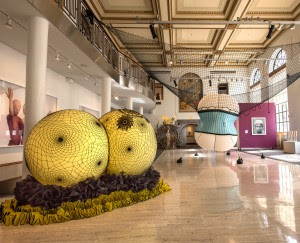 
She: Deconstructing Female Identity will close Saturday, June 25th with an exciting "finissage" of artists' talks and craft beer tasting.  If you have not seen this truly excellent show - hurry! Open today from 12-5 pm and tomorrow 12 - 8 pm.  The festivities start at 5 pm. 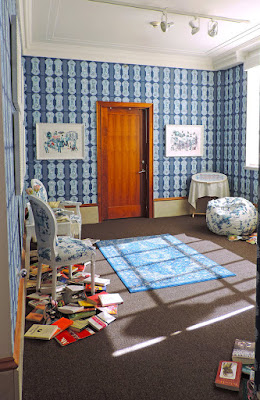 Laurel Garcia Colvin, Beyond a Room of Our Own, 2016, installation

The real heart and soul of the show seems to emanate from Laurel Garcia Colvin's Beyond a Room of Our Own, invoking Virginia Woolf's long essay beseeching society to support women writers.  Here the room celebrates great contributors to the arts with 18th-century Rococo-esque blue and white motifs that grace chairs, wallpaper and framed group portraits  On the floor you can nestle into a comfy pouf to read several books on feminist subjects scattered at your feet.  Colvin said that the books will be donated to White Plains Public Library after the exhibition closes. 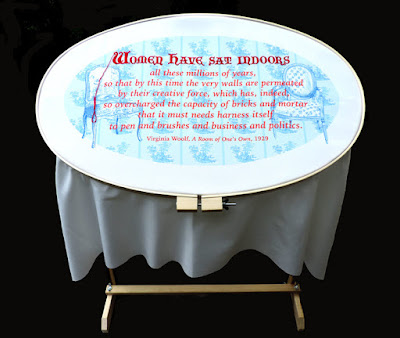 Laurel Garcia Colvin, Sampler in Beyond a Room of Our Own, 2016

Don't miss this last opportunity to see this insightful and fun visual essay on the feminine mystique in our time.

ARTISTS:
Posted by nyarts-exchange at 7:13 AM No comments: 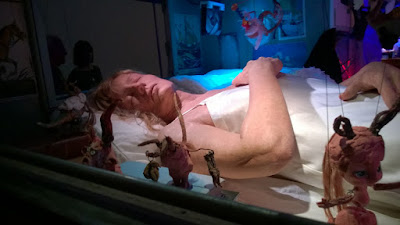 Spent a fabulous day in Chelsea yesterday, after a long period of not being able to get down there. A few shows will close this weekend - so please try to see them today or tomorrow.

Janet Cardiff and George Bures Miller, "The Marionette Maker," at Luhring Augustine.  So much fun -  camper filled with fantastic creatures playing as a woman sleeps and sound effects in the gallery make you feel as though you are somewhere else.  Listen for the plane overhead (I forgot that I wasn't up on Purchase College campus, where hearing planes overhead is normal).
Their work gets better and better - this show is outstanding! 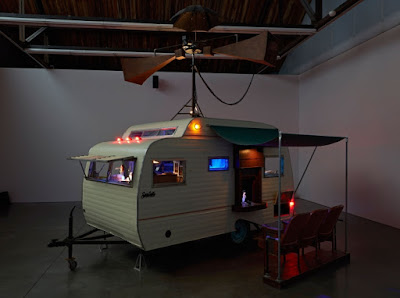 And while you are on West 24th, look for Cindy Sherman at Metro Pictures. 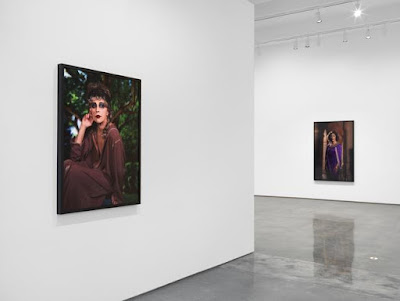 Once again Sherman disguises herself as older women.  This time she inhabits the well-to-do in different circumstances during the 1920s.  Now that a 68 year old grandmother is running for president, this show may have more resonance, but sadly it is not going to be around for the general election. Cindy Sherman is 62. 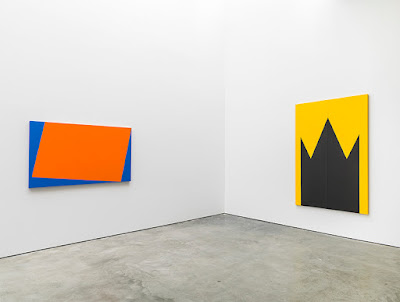 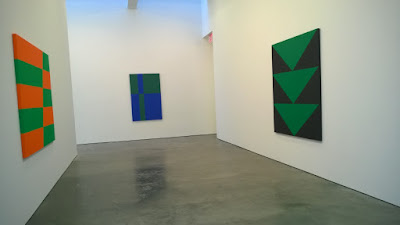 And speaking of age, no one inspires me more than Carmen Herrera. Born in 1915 in Cuba, she developed her hard-edge style in 1950, well in advance of Frank Stella, Kenneth Nolan, and Elsworth Kelly of the 1960s.  The current show at Lisson Gallery's new New York venue (just opened in May) is thrilling! Herrera currently lives in NYC. On May 31, she turned 101. She sold her first painting in 2004, at age 89. 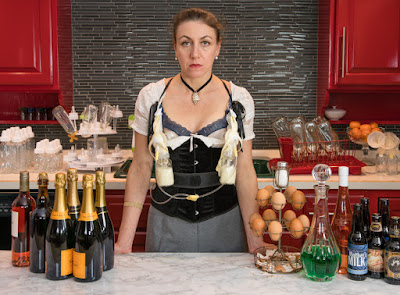 
Also -  Asya Rezikov at Nancy Hoffman Gallery has been extended to the end of June.  The artist is 43.  Her exhibition is about her pregnancy at 39-40. 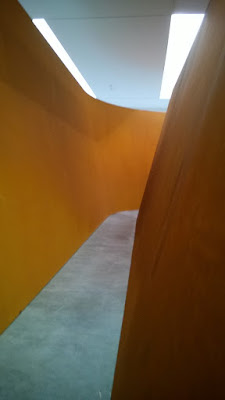 Richard Serra's massive sculptures are at Gagosian on West 21 and West 24th - open through July 29: Astounding!   He may be the greatest artist of our time. And only 76.  I wonder what he will produce at 101?

Will keep you posted on great exhibitions this summer.
Enjoy!
Beth New York