A Comment on Commencements - Celebrating New Beginnings for Everyone 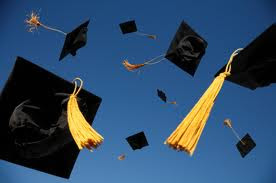 'Tis time to celebrate auspicious endings and terrifying beginnings as newly-minted graduates (from pre-school to Ph.Ds) don their mortarboards to say farewell to a location, a community and a familiar rhythm of life. Commencements (which means "beginnings") abound all over, marking the end of a student's affiliation with an institution of learning and the beginning of another chapter in the book of life.  During these Commencements, plenty of speeches abound too (hours of them) in hallowed halls of academia far and wide.

Therefore in the spirit of "go forth and prosper" (Star Trek 101),  I have posted three commencement speeches that provide plenty of rocket-fuel for all of us to lift off from wherever we wish to "commence" this summer.

First Lady Michelle Obama, at Spelman College in 2011, entreats us to find our 11 people to nurture and support.

Academy Awarding winning actress Meryl Streep, at Barnard College in 2010, urges us to cherish friendships and family above all else, for indeed those are the greatest rewards that life has to offer.

Celebrated author Jonathan Safran Foer, at Middlebury College in 2013, asks us to memorize the moment rather let digital recording replace our natural ability to remember (click on the Middlebury website).

"May the Force Be With You" (James Earl Jones, Purchase College Commencement, 2001),
Beth New York 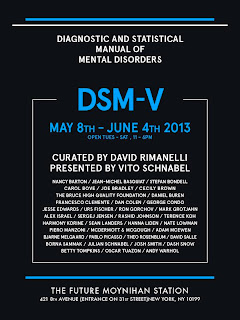 Posted by nyarts-exchange at 5:01 PM No comments:

Last Call: Impressionism, Fashion and Modernity closes on Monday, May 27; New York 1993 closes at the New Museum on Sunday, May 26

The Metropolitan Museum of Art is about to close one of its best Impressionism exhibition in years.  That says a lot - as the Met owns some of the most outstanding examples of Impressionism on the planet, thanks to Louisine Havemeyer, whose buddy Impressionist Mary Cassatt gave her an insider's advantage.

However, Impressionism, Fashion and Modernity is something else entirely. Here the curators added display cases full of clothing and accessories from the era, as well as the fashion magazines oozing with au current fashion terminology.  It's all toute Paris among the gauzy muslims and embroidered piqués.  Most of the clothes are similar to the ones depicted in the paintings. One dress, in Albert  Bartholomé's  In the Conservatory (Madame  Bartholomé), c. 1881, is on view.
Albert Bartholomé (French, 1848–1928)
In the Conservatory (Madame Bartholomé), ca. 1881
Oil on canvas; 91 3/4 x 56 1/8 in. (233 x 142.5 cm)
Musée d'Orsay, Paris, Gift of the Société des Amis du Musée d'Orsay, 1990

Summer Day Dress Worn by Madame Bartholomé in the Painting In the Conservatory
French, 1880
White cotton printed with purple dots and stripes
Musée d'Orsay, Paris, Gift of the Galerie Charles and André Bailly, 1991

Above all, the exhibition brings together some of the most beloved Impressionist works within a hop-skip-and-jump from each other: Gustave Caillebotte's Paris Street: Rainy Day (1877); Claude Monet's Camille (1866) and Jean-Frédéric Bazille's Family Reunion (1867).  These works from Paris, Boston, Chicago, Copenhagen, Bremen, and London join with the Met's collection, including a few Havemeyer donations.
If you are unable to catch the show before it closes on Monday, you might schedule a trip to the Art Institute of Chicago, the next venue on this grand tour (June 26 through September 22, 2013).
NB:  The Met's Holiday Mondays will end on Memorial Day Weekend.  As of July 1st, the Met will be open all 7 days of the week,  from Monday through Sunday, except on Thanksgiving and Christmas. This new policy follows on the heels of the Museum of Modern Art's, which switched to 7-days of the week on May 1st.  Way to go NYC museums.  Very tourist friendly - and we like that!
The New York Arts Exchange will tour Impressionism, Fashion and Modernity on Wednesday, May 22, beginning at 1 pm in the Grand Hall.  We will also tour the Punk show and view James Nares' video The Street (2011)  Please confirm your reservation at nyarts.exchange@verizon.net

LANE Opens at 287 Spring Gallery, May 17 through Saturday, June 1

May 17 - June 1, 2013:
LANE : Installations, Paintings and Works on Paper Vol. 64-200
Opening Reception: Friday, May 17, 6-9 PM
LANE’S art explores duality of forms and meanings through a combination of paint, canvas, books, political writings and anonymous diaries. In their totality, they present a survey of subtle corridors between representation and abstraction, image and text, as well as individual and collective identities in the East and the West. LANE accumulates elements for his installations from studio locations in New York and Beijing. The artist collects the discarded diaries of workers from the era of the Chinese Cultural Revolution and juxtaposes excerpts from his own writings on these historic and yet forgotten texts.
Material is key to LANE’S art, not simply because, as representations of concepts and ideas, artworks are material objects, but because LANE’S engagement with the context of his work would be incomplete without equal regard to the formal qualities of the materials and the temporality embedded in them. There is a special currency  to LANE’S art - the ingredients of his works have been redefined and reworked in a manner, whereby echoes of the past and contemporary issues become disconcertingly similar and deeply personal.
This exhibition will travel to the Gallery COEXIST-TOKYO (Tokyo, Japan) on June 15 – July 7, 2013. For more information, please refer to www.coexist-tokyo.com.

Many, many thanks,  Ivan and LANE -
Beth New York

It's Shavuot - Let Us Eat Cheesecake and Drink in Art 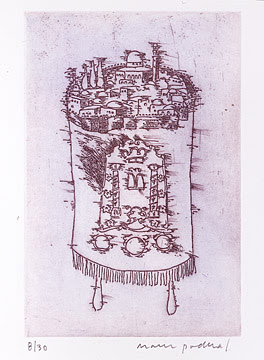 Today is Shavuot, the holiday which celebrates Moses' receiving of the Torah from God on Mt Sinai.  Jewish or not Jewish, it's a great excuse to eat cheesecake and ice cream, for it is said that King Solomon compared the Torah to milk in the Songs of Songs, 4:11: "Like honey and milk, it lies under your tongue." Therefore, dairy products take center stage during all the festive meals: cheese blintzes, yogurt drenched salads, kugels, etc.

However, Shavuot is not just a day for showing off your favorite cheesecake recipe (or rushing to Juniors), it is a day to honor the best in us all, prescribed and supported by the golden rules that all moral codes share. Today we honor universal morality that inspires mutual kindness and selfless heroism. So, please take a break from the worrisome news that rattles our daily existence and have a huge ice cream sundae, contemplating the goodness in humankind - rather than the other stuff.

Last night, while I was reading my students' term papers, I took a break to watch a new film about Mark Podwal's current exhibition at the Jewish Museum in Prague (now on view at the Centre d'art et de culture - Espace Rachi, in Paris through May 26) and his beautiful textiles created for the Altneuschul, also in Prague. Here is the video:


My Synagogue is in Prague: Picturing Mark Podwal,
a Czech television documentary about the life and art of Mark Podwal, with English subtitles.
The 26 minute documentary chronicles Podwal's fascinating involvement with Prague
and its seven hundred year old synagogue, the Altneuschul.


The experience was quite moving, as I realized it was the beginning of Shavuot, the night all Jews should spend in the synagogue and pray. I wasn't literally in schul, but I felt transported to Altneuschul in time and space, revisiting a memory of being there many years ago. 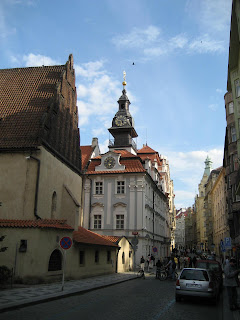 Mark Podwal's images will be included in the Museum of Biblical Art's next exhibition, "As Subject ad Object: Contemporary Book Artists Explore the Sacred in Hebrew Texts," June 14 - September 29, 2013 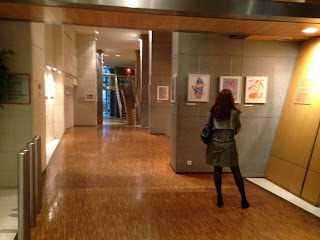 Posted by nyarts-exchange at 4:41 PM No comments:

Spring Fever has finally hit the auction houses with three magnificent collections up for sale on May 7th and May 8th.  This weekend is the best time to feast on these visual banquets with the hope that many works will be snapped up by museums nearby.

Here is a video from Christie's to whet your appetite:

The New York Arts Exchange will visit the exhibition on Tuesday, May 7th at 1 pm.  Please make a reservation at nyarts.exchange@verizon.net
Address: Rockefeller Center at 49th St., between 5th and 6th Avenues. 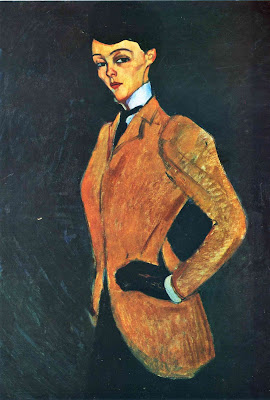 Click on this preview link to learn more about Modigliani's work featured in Sotheby's Impressionist and Modern Masters auction on May 7th.

Posted by nyarts-exchange at 9:33 PM No comments: