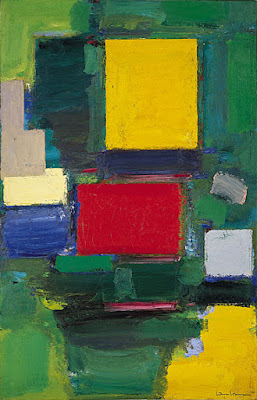 Now is the time to visit the Bruce Museum, if you haven't already savored their most exciting summer yet!  Four excellent exhibitions are still on view through next weekend:
Each in its own right is worth the trip to Greenwich, CT.  Altogether, Bruce delivers a perfect outing for families - great art and fascinating science that everyone can enjoy.  (I love looking at lemurs since my daughter and I read Lunch with Aunt Augusta by Emma Chichester Clark years ago.) 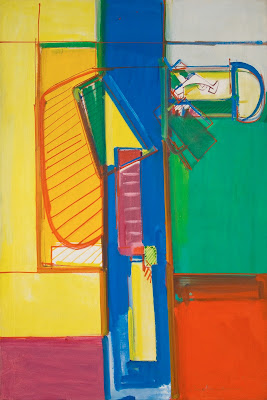 Of special note for art history fans: Hans Hofmann's iconic The Gate, 1959-60, which belongs to the Guggenheim Museum's permanent collection, makes a cameo appearance in this intimate setting. Often reproduced in art history textbooks (and selected for Wikipedia), this oil painting exemplifies Hofmann's well-known "push-pull" interpretation of Cubism that galvanized the New York School movement. Its luscious impasto slathered on neatly executed forms ("figures") cannot be appreciated in digital reproduction. Here is a physicality of expression that we find in Jackson Pollock: the evidence of "Action Painting," which was the critic Harold Rosenberg's description for Abstract Expressionism. 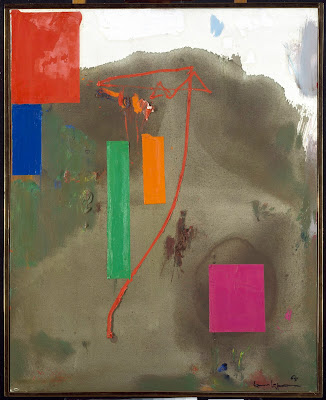 Adjunct curator Kenneth Silver, a professor of art history at NYU, rightly points out that Hofmann was famous for "his dynamic approach to color."  "He was a towering figure among New York painters. . . a teacher and theoretician" for the AbEx generation, most notably Lee Krasner, Helen Frankenthaler, and Joan Mitchell (among many others ),

Born in Bavaria on March 21, 1880, Johann Georg Albert Hofmann settled in Paris in 1904 (as the Fauve movement was about to take over the avant-garde at the Salon d'automne in 1905). By 1908, Cubism was on the rise and Hofmann found his footing in this new movement, leaning toward to the non-objective spin-off Orphism. From here he concentrated on the tension between figure and ground.  In 1930, he came to the US to teach at the University of California in Berkeley and by the mid-1930s, he ran two schools - one in New York City and the other in Provincetown, Massachusetts. In 1963, the Museum of Modern Art gave him a retrospective.  He died on February 17, 1966. 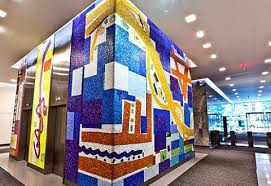 Walls of Color marks a significant moment in Hofmann's oeuvre: his mural projects made with mosaic tesserae (tiny tiles) rather than paint - very old medium that posed a new challenge for this seventy-six-year-old artist. (Mosaics made of tesserae, as opposed to natural stones, date back to the middle of the 3rd century BCE, invented in Hellenistic Greece.) 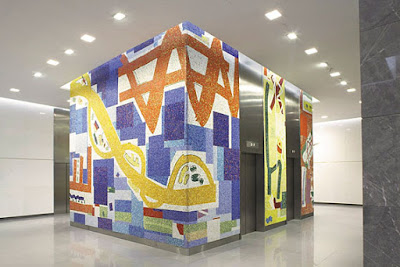 In an exciting model set up in the gallery space, we have the opportunity to study Hofmann's first foray into mosaics: a mural in the lobby of 711 Third Avenue, wrapped around a bank of elevators. In the Bruce Museum, this miniature room invites the visitor inside to view an excellent video on Hofmann's work. Today, still radiant in a cool white and gray lobby, the 711 mural reflects the zing of post WWII, 1950s exuberance. The building was completed in 1957. 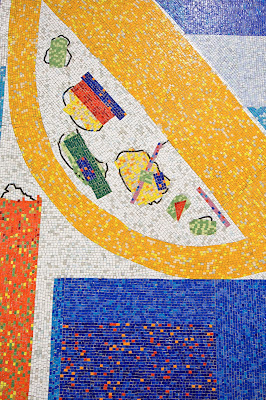 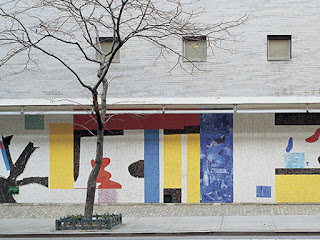 Not far from 711 Third Avenue (near 44th Street) is another Hofmann mural on the facade of the School of Graphic Design, commissioned by the New York City Board of Education.  It is 64-foot long and 11-foot tall, produced for the High School of Printing that is now the High School of Graphic Arts Communication at  439 West 49th Street. Here Hofmann's signature geometric forms seem to simultaneously advance and recede against a pure white background (his "push-pull" effect).

Hans Hofmann
Mural Fragment (Chimbote), 1950, oil on panel mounted on board, 83 ⅞ x 35 ¾ in.
Photograph by Doug Young
Works by Hans Hofmann used with permission of the Renate, Hans and Maria Hofmann Trust

Finally, the exhibition features nine studies that are seven-feet tall for a collaboration with the architects Jose Luis Sert and Paul Lester Wiener. They were meant for a church in Chimbote, Peru. This project, meant for the bell tower, was never realized.

Walls of Color: The Murals of Hans Hofmann occupies the main galleries in the Bruce Museum.   Rush forth! And then slowly take in Hofmann's great works of art.

Posted by nyarts-exchange at 6:51 AM No comments: 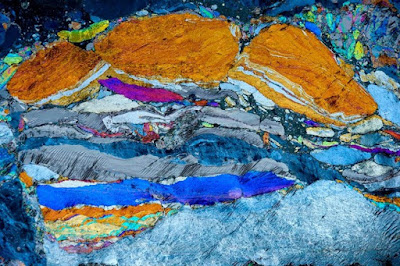 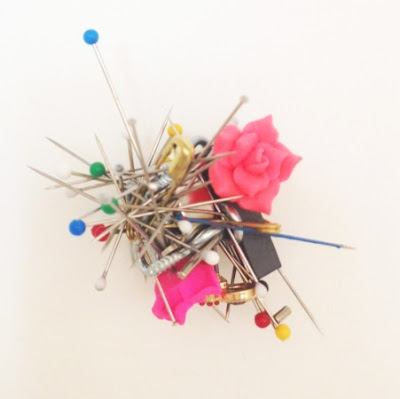 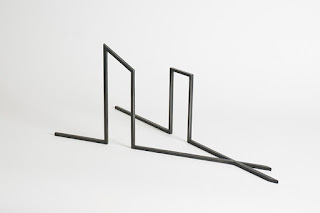 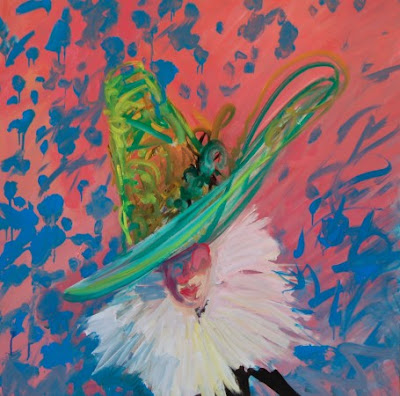 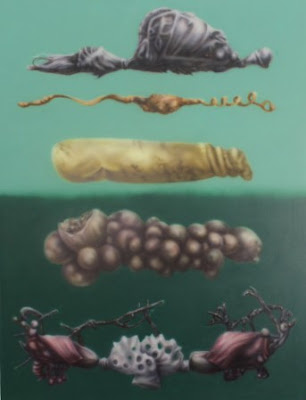