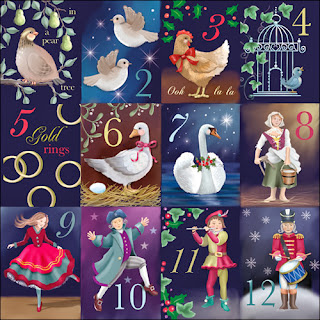 What are those "12 days of Christmas" which my true love gifted so generously?  From Christmas Day through Epiphany Eve (December 25th through January 6th), the holiday season rolls along. And with it, the throngs of museum audiences who squeeze in the last days of Fall's fabulous shows.

Sunday, December 29 - Frick Museum: Vermeer's Girl with the Pearl Earring and other paintings from Mauritshuis through January 19 (pwyw Sundays 11 am to 1 pm)

[And check out the holiday windows through January 5 - Bergdorf Goodman's "Holidays on Ice" gets my vote for best display of 2013.]

(Winter Tours 2014 will be announced in the next email.)

Posted by nyarts-exchange at 3:15 PM No comments:

With all our best wishes for the holiday season!

The New York Arts Exchange
Posted by nyarts-exchange at 9:28 PM No comments: 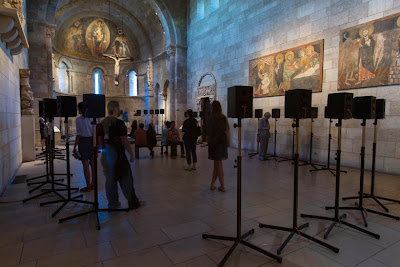 Janet Cardiff, Forty Part Motet (2000-1)
from the Collection of the National Gallery, Ottawa

Janet Cardiff's Forty Part Motet first came to New York as part of an exhibition of her works at PS 1 in Long Island City.  It was in the fall of 2001 - a very strange time for New York.  Back then, the music seemed mournful, a fitting accompaniment to a city shrouded in pain.

Today. listening to the deeply moving intonations of Thomas Tallis' (c.1505-85) Spem in Alium (Hope in any other), composed c. 1570 for Queen Elizabeth, feels very different from the fall of 2001.  We have changed.  We are less attentive to sensation as we welcome distract from our entertaining mobile devices.  Cardiff's work touches a nerve for those of us who associate her first performance with another place and time. For others, the work is sheer bliss.

Performed through speakers that capture each voice, The Forty Part Motet still offers a sublime experience, enhanced greatly through its installation within the gallery that extends out from the Fuentidueña Chapel in The Cloisters. (Please click on the link provided here so that you learn about the chapel's journey to the New York.) The sensation is magical - if we allow our minds to soar with the promise of spiritual transcendence.  Letting go to feel music may be the key to fully surrendering to this pleasure. (The lyrics speak of other things, of humanity's lowliness in the face of God.)


Janet Cardiff's sound installations have no equal in our contemporary art world.  Her Murder of Crows (created with George Burnes Miller) was presented last fall 2012 at the Park Avenue Armory. Extraordinary in its simplicity and completeness, Cardiff and Miller took the listener through a dream journey that depends primarily on sound.  The listener's imagination did all the rest. More powerful and convincing than recorded books, Cardiff and Miller seem to transform the very air we breathe. We feel as though we are somewhere else during the entire aural performance.

Forty Part Motet is non-narrative. We see forty speakers and walk around this spare, unattractive setting to drink in every note. The beauty of the work comes from the sound. It urges us to stay within the moment, to savor the here-and-now, to be mindful of where we are: to feel from within, intensely.

As we usher in the holiday season, this work of art reminds us to take time out from the busy throng and count our blessings. 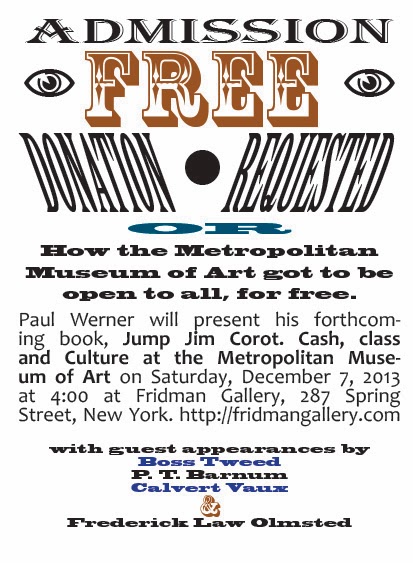 Posted by nyarts-exchange at 10:04 AM No comments: